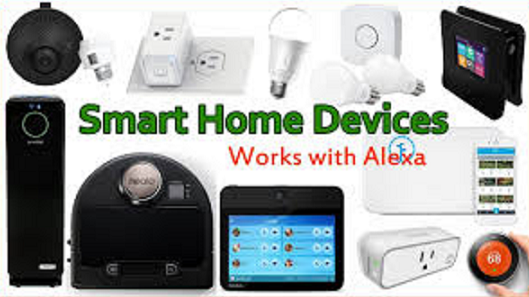 Today we want to go through the process of removing a smart device from Alexa. But before we continue from here, what do you know by ALEXA?

Alexa is an intelligent personal assistant  developed by Amazon and first used in the Amazon echo according to Wikipedia.

Most devices with Alexa allow users to activate the device using a wake-word such as Echo; other devices (such as the Amazon mobile app on iOS or Android) require the user to push a button to activate Alexa’s listening mode.

Currently, interaction and communication with Alexa are only available in English, German and Japanese. In November 2017, Alexa became available in the Canadian market in English only.

This same method also works with disconnecting a device from your Echo Plus, which has its own in-built smarthome hub to connect devices directly to it, like Philips Hue bulbs.

Steps To Remove A Smart Device From Alexa

Step 2 ====> Then tap on the menu button in the top-left corner of the screen and select Smart Home from the list. Step 3 ====> You will see all paired device like your heaters, music system and another smart device that you have paired with the Alexa.

Step 4 ====> Now simply tap on the device that you want to remove from Alexa and once you click on it its settings will appear and you can see the device credentials here. Step 6 ====> As soon as you click on that button a notification will come up, warning and simply click on delete option so that that device can be removed from your Alexa. Step 7 ====> Once you are true with that, you will receive a blue banner at the top of the screen telling you that the device has been removed from Alexa.

Android Screen: How To Keep Android Phone Screen On While Reading

You can still access the device and control it from your phone using its accompanying app (unless it is a device that was directly connected to an Echo Plus), but you will no longer be able to use Alexa with it, either from with the Alexa app or with your voice using an Echo