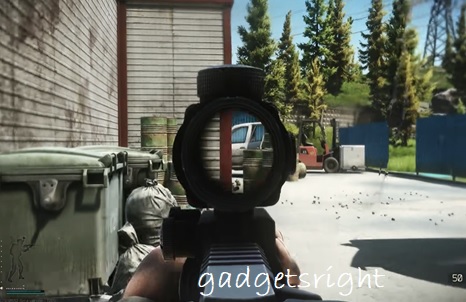 For gamers who are fond of first-person shooting games, Escape from Tarkov is an excellent choice. This hardcore survival game requires you to make it out of Tarkov, a Russian city torn apart by a war between private military companies and government forces. This game offers a fantastic mix of strategy, survival, and realistic gunplay.

However, it can prove extremely challenging for newbies, especially those without much experience in first-person shooting games. We bring you seven great tips to help you make it through Escape from Tarkov as a beginner.

Tips to Escape from Tarkov

Without wasting time, we will run through tips to escape while playing the game.

Practice Against the Computer

Practising regularly can greatly help you get better at any sport, and the same applies to gaming too. One of the perks of Escape from Tarkov is that unlike many popular games of this genre, it also offers a tremendous offline game mode.

You would benefit from playing against the computer bots, as doing so would help you sharpen your skills significantly. The bots in this game are far more strategic and superior than beginner or mediocre players, which makes them great contenders to practice against.

As mentioned earlier, Escape from Tarkov is a highly challenging game. Especially if you are a beginner, you would have a hard time due to your low-rated tech and gear. However, the best Escape from Tarkov Hacks is an easy solution that could bring you to par with stronger players. These feats could provide you with features like aimbot, ESP, and no recoil, making you better at combat.

Be Consistent While Choosing the Map

Like many of the top first-person shooter multiplayer games, Escape from Tarkov offers a nice selection of maps to choose from. It might seem tempting to switch around and play on different maps regularly.

However, as a beginner, you should stick to a map consistently to build your skills in it. Once you have grown accustomed to a map and all its features, you would also be in a better position to catch your enemies off-guard or be cautious in risky areas.

Complete Your Quests to Escape from Tarkov

One of the best ways to upgrade faster is to complete your quests in the game. These quests involve completing various tasks for rewards. In addition to the bonuses, you would also gain more experience in performing different tasks and unlock new weapons and equipment.

The quests would involve picking up various special items and giving you points to purchase more of them. Every player new to this game should try to complete as many quests as possible.

Learn About the Ammo Types

This game comes with a wide variety of ammo types, which can boost your weapons to a certain extent. However, as not every type of ammo is suitable for every weapon, you would have to diversify your arsenal and utilize different ammo types.

However, you would need to know which ammo is suitable for which weapon and use them accordingly. When you have a variety of usable ammo and weapons, you can be more versatile and help your team better.

A wonderful feature of this game is that players may purchase insurance from their gear. Get your gear insured by either Prapor or a Therapist, as you have a high chance of dying at some point unless you are in SCAV mode.

As long as someone does not pick up your gear, you may collect it after a certain period of time. The key difference between Prapor and a Therapist is that while the latter would return your items quicker, Prapor offers cheaper insurance.

Go for the SCAV Raids

Once you choose a faction initially, you would have the option to play as a scavenger or a PMC. Pro players recommend starting as a scavenger and running a few SCAV raids. While you are in SCAV mode, other players cannot attack you unless you launch an attack first.

The SCAV raids would boost your arsenal significantly by helping you obtain better gear and weapons. If you survive a SCAV raid and escape successfully, you may keep your weapons and use them in the next game.

Should you Feel Concerned about Using Cheats?

As mentioned previously, using hacks and cheats can give you a significant advantage. Now, it is natural to feel hesitant about cheating in the game. Well, for one thing, botting is a common practice in such multiplayer games. Using cheats would also put you at par with other players who are doing the same.

Conclusion on Escape from Tarkov

However, in case the anti-cheating software in the game detects you, you could end up getting banned. A simple way to get away with this is to use cheats that come from a reputed source. The best cheats have special features that make them extremely difficult or impossible to detect.