Apple Watch is a line of smartwatches designed, developed, and marketed by Apple Inc. It incorporates fitness tracking and health-oriented capabilities with integration with iOS and other Apple products and services.

AppleWatch uses a wireless connection to an iPhone to perform functions such as calling and texting. However, the watch has limited connectivity away from the phone when a Wi-Fi network is available. Series 3 LTE Apple Watches can connect to a cell network, largely obviating the need for an iPhone after initial setup.

The Apple Watch was released on April 24, 2015 and quickly became the best-selling wearable device: 4.2 million were sold in the second quarter of fiscal 2015

Should you pay more for the Apple Watch or go for the cheaper Watch Sport? Here is how the two Apple smartwatches compare. Technically, the AppleWatch is being released on April 24.

We say technically because no one will actually be able to walk into an Apple Store and buy one on that date, such has been the level of demand in relation to Apple’s limited production

Still, you will probably start seeing those watches appearing on the wrists of early adopters over the coming days and weeks, which might cause you to want to slap your name down on one.

Everything has negative and positive aspect, now depending on what you want and your need. Apple Watch Sport is not excluded as well, it hat its Pros and Cons.

====> Digital Crown is a useful addition

====> Compatible with iPhones only

What Can Apple Watch Do?

The watchOS 5.0 features make your watch faster, adds a walkie-talkie, supercharges Siri and much more. This connects with the cool new things you can do in iOS 12. The AppleWatch delivers faster access to many of your common activities. The first generation model only runs watchOS 4 and can do most of the things on this list. The rest of the models including the Apple Watch 4 run watchOS 5. Here is the list of what Apple Watch does.

You can answer a call on your Apple Watch using it as a small Bluetooth speakerphone. You only want to use this for shorter calls because the audio quality isn’t as good as when you are talking on speakerphone on your iPhone. 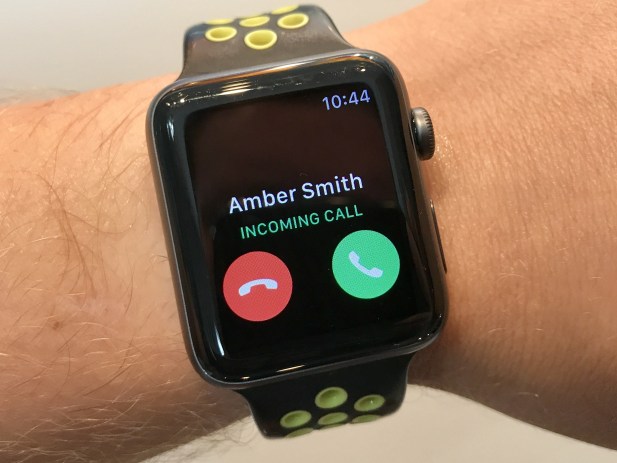 The AppleWatch only allows you to answer your calls on Speakerphone, so you won’t want to use this all the time. It is very handy when you are working on a project or busy with your hands. Definitely be conscious of where you are taking calls. If you wouldn’t talk on speakerphone, you shouldn’t talk on your Apple Watch.

With an Apple Watch running watchOS 4.1 or higher, you can listen to albums and playlists created on your iPhone, to stations on Apple Radio, and to any music from Apple Music (if you are a subscriber). You can also listen to audio apps such as Spotify, Pandora, and iHeartRadio.

First, set up your earbuds, headphones, or speaker via Bluetooth. Open Apple’s Music app to swipe through your library of albums and playlists. From the player, you can pause, resume, skip ahead, go back, and control the volume. Apple Radio comes as its own separate app, where you can tune up Beats 1 and certain news and music stations. 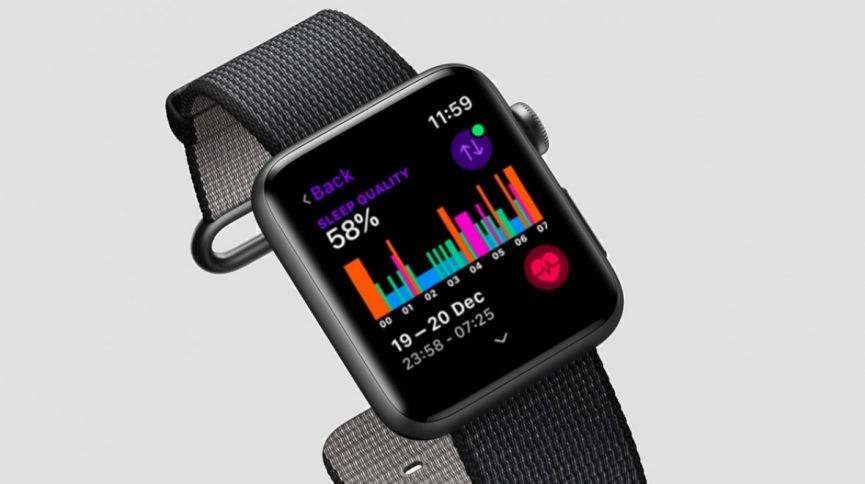 Apple still does not offer its own built-in sleep tracking mode, but it is apparently in the works. For now, though, that means it can’t quite match Fitbit, Garmin and others for offering the complete fitness tracking experience straight out of the box, but there are a bunch of apps that can bring the feature to the Watch. We have picked out the best sleep tracker apps for the Apple Watch so you don’t have to go hunting for them on the App Store.

AppleWatch work As A Walkie Talkie

Once you install the watchOS 5 updates on your AppleWatch you can use it as a walkie talkie. The new Walkie Talkie app on the Apple Watch allows you to use the new app to send audio messages that automatically play when you are marked as available.

This allows you to quickly chat back and forth with friends during the day or connect with them when you are at an event like a concert easily. The other people you want to use this with need an Apple Watch and need to install WatchOS 5

Organise, Use The App Dock

Apple ditched glances way back in watchOS 3, and now you view all currently open apps by touching that side button. You should totally use this dock, stacking it with your most-used apps. Why? Because these are the apps your Watch will prioritise when pulling in information and background refreshes.

You can customise the dock in your companion Watch app. It can be set to pull in the most recent apps you used, which works a little bit like multitasking on the iPhone. Or, you could turn it into a proper dock with your favourite apps. If you choose the latter, you can easily customise which apps appear.

If you’d like to customise the dock on the Watch itself, you can do so by clicking the side button, then 3D touching an app and tapping Keep in Dock. You can as well perform the following on AppleWatch.

====> Get Directions On Your Apple Watch

====> Send Drawings from the Apple Watch

====> View and Reply to Text and iMessage

====> Get iPhone Notifications On Your Wrist

====> Store Tickets on Your AppleWatch

====> Look at Photos on Your AppleWatch

====> Listen to Music on Your Apple Watch

====> Keep on Track to Close Your Activity Rings

====> Keep You On Task as a Virtual Assistant

====> Track Skiing and Snowboarding with the Apple Watch

====> Listen to Podcasts on the AppleWatch

====> Use the Apple Watch to Challenge Friends

====> Use the AppleWatch as a Flashlight

It is clearly shows you can do so many thing on your Apple Watch.

How to Pair Apple Watch With iPhone

To turn on, pair, and set up your AppleWatch, here are the step you need to follow:

Step 2 ====> To turn on your AppleWatch, press and hold the side button until you see the Apple logo.

Step 3 ====> Now bring your iPhone near your AppleWatch, wait for the Apple Watch pairing screen to appear on your iPhone, then tap Continue.

Open the Apple Watch app on your iPhone, then tap Pair New

Step 4 ====> When prompted, position your iPhone so that your AppleWatch appears in the viewfinder in the Apple Watch app. This pairs the two devices.

Step 5 ====> Tap Set Up AppleWatch. Follow the instructions on your iPhone and Apple Watch to finish setup.

If Your AppleWatch Is Not Connected or Paired With Your iPhone

If you have tried to pair your devices (Apple Watch and iPhone) and not connecting to one another, check AppleWatch connection. 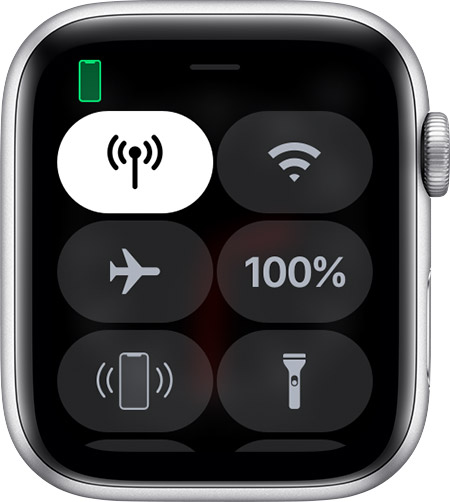 Try To Connect Your AppleWatch And iPhone Again

Step 1 ====> Keep your Apple Watch and paired iPhone close together to make sure that they are in range.

Step 2 ====> On your iPhone, make sure that Airplane Mode is off and that Wi-Fi and Bluetooth are on.

====> Swipe up to open Control Center 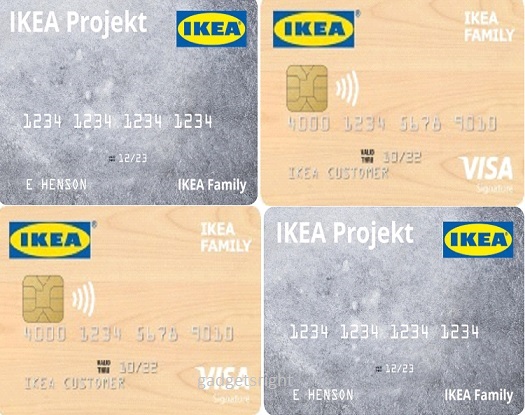