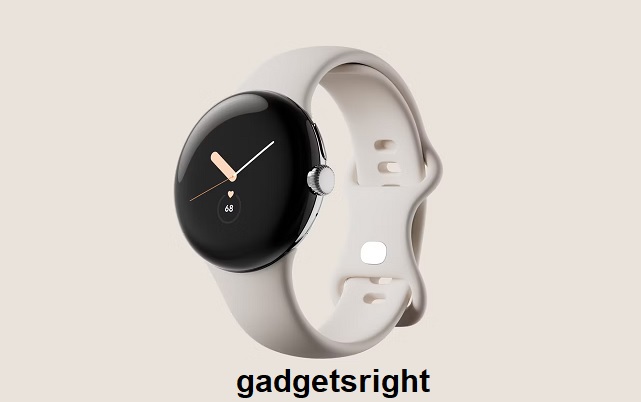 It is over the internet and on every corner, Google Pixel Watch is what millions of people across the are looking forward to using. But, little is known about the Google Smartwatch.

Meanwhile, what we know is gotten from the rumours across the internet. Look for this smartwatch, code named Rohan and expected to monitor your health and fitness, to arrive in late 2022.

Little is known about the Google Pixel watch as a result of speculation, despite that, some features of the Google watch can’t be explained. Then, I think, millions are waiting for Google to unveil the first ever smartwatch.

In addition to this, Google’s announcement was only a preview of what the watch may likely look like. With this, many more about this watch is still hidden, such as the watch’s price, battery life and health sensors among others.

In that regard, Google will likely reveal more details about the Pixel Watch closer to its fall 2022 release.

Many have been seen concerning the design of the Google smartwatch. Though, the actual design has not been revealed.

So, what will likely see about the watch ahead of its big reveal, including a non-functional unit that was left at a bar in the U.S?

Meanwhile, based on what the company finally showed off on stage at Google I/O 22 looks exactly like this forgotten unit. On the other hand, the official gives a better clue of how the wearable will function, given that the company shared all of its visuals with the screen turned on.

On the specs, there are no specifications, but it reveals a clean, bezel-less, circular watch face design with a button on the right side.

Meanwhile, 32 GB is what 9to5Google reports for the watch’s storage size, this is double compared to the capacity of the Galaxy Watch 4.

The RAM in the Pixel Watch is also expected to exceed the memory of any existing smartwatch. Not only that, Reddit user tagtech414 leaked real photos of the watch, which you can see pictures of at Android Central.

Another important aspect the of Pixel watch a lot of people are looking into is the aspect of the operating system. Is it going to be available on Android OS or iOS devices?

Meanwhile, Google did not say much about the watch’s software features other than calling it fluid and easy to navigate.

But according to one of Google’s workers (Rick Osterloh) VP of devices and services described the operating system (OS) as being tappable, glanceable and voice-enabled.

It is expected that Google will release a 4G LTE option for the Google Pixel Watch. This will make the cellular connection available on the smartwatch when your phone is not closed or nearby

Though, the actual price of the Pixel Watch has not been given. But it is believed to have premium pricing.

Meanwhile, it is not clear what the premium price will look like. So it is rumoured that it could be competitive with the Apple Watch Series 7 and Samsung Galaxy Watch 4.

Samsung usually starts from $250 while Apple’s high-end watch starts from $400. Indeed, this is high compared to other smartwatches available in the market

Difference between a Tablet and an iPad

As it stands now, Google Pixel Watch is meant to complement Google’s Pixel devices. It therefore may not work with iPhone, according to a Google spokesperson.