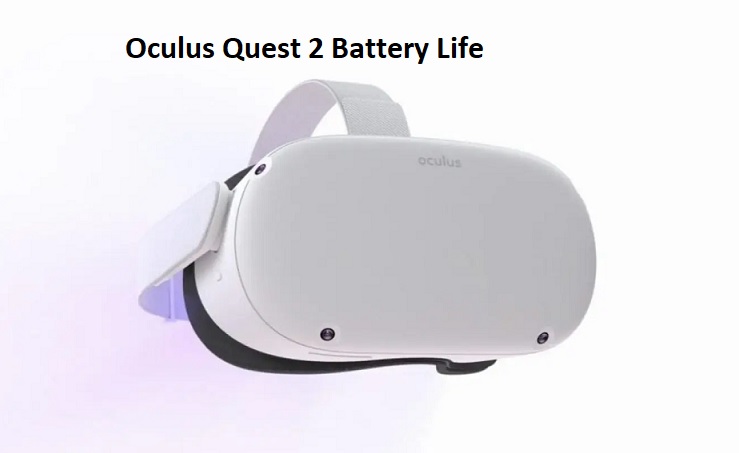 Can Quest 2 watch an entire movie before it switches off? How much time can you spend on the battery? What you should know about the Oculus Quest 2 battery life is as follows.

Although the Oculus Quest 2 is a fantastic standalone VR headset, it does not have the best battery life. On a full charge, you may anticipate a battery life of about 2–3 hours, depending on what you are doing. The Quest 2 likewise requires about 2 hours, and 30 minutes to fully charge.

2 hours is typically more than enough time for most people to complete a virtual reality encounter. They will then want to remove the headset and take a break. But for passionate players, there are actions that can be taken to extend the Oculus Quest 2’s battery life.

How Long Is the Oculus Quest 2 Battery Life?

Simple Answer: Two to three hours for exploring and streaming movies. About two hours for gaming.

As always, battery life estimations are based on your Oculus Quest 2 usage. You can use it for nearly three hours if you are streaming documentaries (movies), listening to other media, or playing light games at slower refresh rates.

However, heavier gaming use, particularly at 120Hz refresh rates, reduces that to more than two hours. The Oculus Quest 2 can be used while charging, which is wonderful news. The connection might restrict your movement, but you could potentially add a battery pack to increase playtime.

The Quest 2 Elite Strap with Battery Pack, which doubles the playtime, is available through Oculus. Even bigger battery packs are available from companies like Rebuff Reality and still attach to the strap. In fact, you could improvise solutions using practically any battery pack with a USB-C cable output.

When your gaming sessions are too much fun to interrupt, don’t waste time charging. Here is how to prolong the Oculus Quest 2 battery lifespan so you can play the best VR games.

Use the Official Charger

The bundled charger and charging cable were made to be the best charging options for the Quest 2. While the device may be charged with any USB-C (Type C) cable. To get the most battery life and performance, Meta advises utilizing that cable over others.

It is best to stay away from using third-party chargers from unreliable suppliers because they could harm the rechargeable battery.

Consider getting the Oculus Quest 2 Elite Strap with a battery to guarantee longer play times. A more comfortable head strap that serves as a counterbalance to help with weight distribution replaces the regular head strap and adds about three hours of battery life.

To accurately determine how much charge is still in the internal and Elite Strap batteries. The Elite Strap also has a battery-level monitoring capability.

A travel case is also included in the pack, which you can get on Amazon for roughly $130. Additionally, you may buy extra battery packs and batteries that you can switch out to extend your operating time.

While playing, many Quest games do not require WiFi; just update downloads do. Therefore, even while it is evident that you can’t switch off WiFi when playing a multiplayer game like Gun Raiders or Population One. You don’t have to if you only want to burn a few calories in Thrill of the Fight.

While turning off WiFi won’t result in significant energy savings, it can help your headset’s battery last a little bit longer than it might otherwise.

Keeping your WiFi off also reduces interruptions in the form of messages if you prefer single-player, offline gameplay.

Turn Off Devices When Not In Use

Don’t merely put the Oculus Quest 2 into rest mode after a play session. Put an end to everything.

Simply hold down the power button while pressing it repeatedly until the headset’s indicator light turns off and you hear the power-down sound. This action will help to improve Oculus Quest 2 battery life

Shut off any games and programs that are now running in the background if you want to put the Quest 2 into rest mode for a brief break.

Turning off several applications will allow you to play for longer because they use much less power than you might think.

How to Check CPU Temperature on Windows 11

How to Install Git & Its Uses on Windows 11

Create Android App for Blog With no Coding

Even though the Quest 2 is a standalone headset, one of its excellent benefits is that it can be connected to your PC to play different kinds of games that aren’t accessible separately. Oculus Link allows you to even improve experiences (like modding Beat Saber with custom songs.)

The Oculus Link is an exemption to the rule of playing while plugged in. It doesn’t supply enough power to offset the battery’s drain.

Even so, it will be substantially slower and give you a few more hours (Oculus Quest 2 battery) of nonstop gameplay until the internal battery runs out.

When Charging is Complete, Unplug the Quest 2

Remove the charging cord from the port once the Quest 2 is fully charged. Over time, leaving it plugged in can cause the internal battery’s maximum capacity to decrease, lowering performance and shortening battery life.

Your battery may be defective if it simply isn’t operating as it should. Send a problem report to Oculus Support. The majority of Oculus Quest 2 devices feature a year-long guarantee that allows you to get a new battery if your old one breaks.